The inhabitants of Thorganby knew that Her Majesty would be amused.

Just over a month ago I was in the North Yorkshire village of Thorganby; it was during the celebrations for the Queen’s 90th birthday and many of the gardens had been decorated with scarecrows on this theme. There were some great examples, this one is not necessarily the best but it is certainly typical. 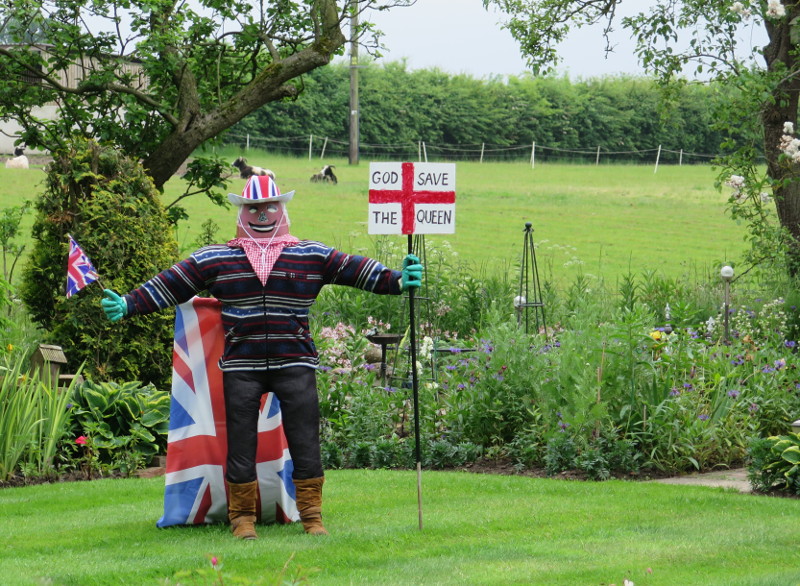 It seems to me that royal scarecrows display the British at their very best. There’s something self-deprecatingly UK about the royal scarecrows. Try this in almost any other country (substitute President for Queen if required) and it might be regarded as offensive, disloyal, and even a crime.

But the inhabitants of Thorganby knew that Her Majesty would be amused by their scarecrows. It’s just so very British  to mix fun and occasion in ways that other nations tend not to do. Do you remember the start of the 2012 Olympic Games in London? If not, see the highlights again on YouTube, or even the entire thing if you like.

Maybe now, in this time of change and uncertainty following a referendum vote to leave the EU, we can just stop for a moment and remember that there’s plenty of good stuff going on as well. If you live in these islands where Royal scarecrows are an example of our unique quirkiness, smile! If you live elsewhere but love this aspect of our culture, smile! And if you think we’re just plain mad, you are entitled to your opinion. We’d probably use the word ‘bonkers’ for that.

(You can see earlier ‘Daily Toast’ articles at cj-daily.blogspot.com)

This site uses Akismet to reduce spam. Learn how your comment data is processed.