We were constantly surprised by the next unexpected vista

Every summer we go away somewhere different for a week – Donna and me along with two daughters, their husbands, and our four grandchildren. This year we stayed in a ski chalet in Haute-Nendaz in western Switzerland, just over the border from France.

Although prices are high in Switzerland, there are many wonderful compensations in terms of mountain scenery, clean streets and clean air, friendly people, and the walks. I had expected walks with big and tiring changes in elevation – and we certainly did our share of walks of that sort. But the bisses: what a wonderful experience!

I must admit, I had no idea what a bisse was when we drove from Geneva Airport, around Lake Geneva, and then south-west to Nendaz. I hadn’t even come across the word ‘bisse’. But we soon found a leaflet of local walks and discovered that several of them followed the local bisses. A bisse is an irrigation stream running gently downhill, almost following the contours of the mountains and hills. As a result the bisse paths are gentle and easy walking for the most part, and they wind around the slopes through woodland and meadow. The views of the mountains and valleys are spectacular; following the path through woodland and then coming out into the open again we were constantly surprised by the next unexpected vista.

All the way, the path is accompanied by the sparkling water hurrying  down its channel, sometimes shallow, sometimes deep, and sometimes disappearing into a large pipe and reappearing beside the path again a little further on. Some of these paths follow one bisse gently uphill and then pick up a different one for the return, making a lovely, circular tour through the countryside.

Breakfast is served a couple of steps away across a stone-paved courtyard.

Lechlade is a delightful Cotswold town on the River Thames; in fact, it sits close to the highest navigable point and the Thames and Severn Canal joins the Thames at Inglesham Lock, just slightly further upstream. 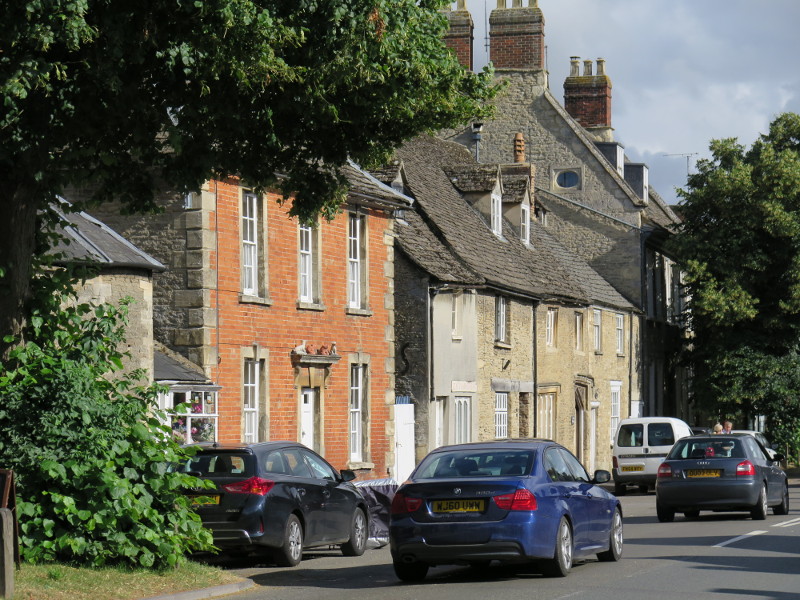 We stayed in a tiny apartment called ‘The Hayloft‘. Downstairs contains a double bed and an easy chair, upstairs has a loo, hand basin and a shower. Simple and very, very tiny, but really all you need if you’re planning to be out all day as we were. Breakfast is included in the price (we had two nights) and is served in ‘Vera’s Kitchen‘ a couple of steps away across a stone-paved courtyard. The food was lovely; I chose their ‘Cotswold Full English’ which was delicious and kept me going all day. They offer plenty of lighter alternatives.

The photo above is a typical scene, the living green of trees and gardens contrasting with the honey and brick of the buildings and also with the modern traffic in the old streets. We enjoyed our stay in this hospitable little corner of the Cotswolds. There are pleasant walks, pub lawns running down to the river, and some nice places to eat.