A private railway built to transport coal from the local pits…

Visiting my daughter and her family in York recently, we walked near Aberford just outside Leeds. This was my son-in-law’s suggestion, he does a lot of walking and is interested in wildlife, footpaths, history, good walks and a whole lot more. Parking in Aberford, we followed a bridleway west along the bed of an old railway line. 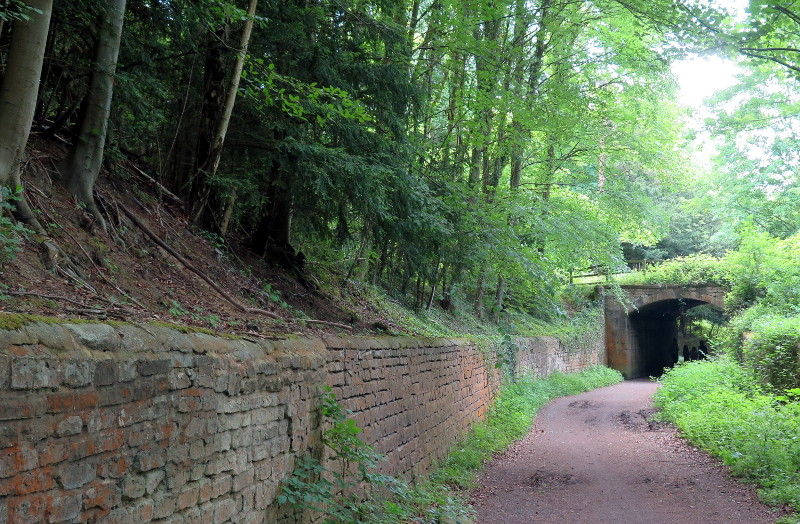 The Fly Line was a private railway built to transport coal from the local pits to the nearby Leeds and Selby Railway Apart from the removal of the tracks, the old line is remarkably well preserved. We walked under the bridge shown in the photo above, and through a rather muddy tunnel. The Ordnance Survey One Inch map for 1885-1900 shows the line (marked as a mineral line) and the Six Inch map for 1842 to 1952 shows it in more detail, as well as the the coal pits along the line. But it fell out of use in 1924 and is not seen on later maps. The line passes through delightful woodland and I’d recommend it as an easy and enjoyable walk for anyone.

The railway was built by the Gascoigne family who also owned the coal mines and lived in the nearby Parlington Hall. (There’s more detail about Parlington Hall and its railway on a dedicated website.) Most of the old house has been demolished, and although we didn’t visit the remaining wing, we did get a distant view of the triumphal arch, built to commemorate the American victory in the War of Independence. 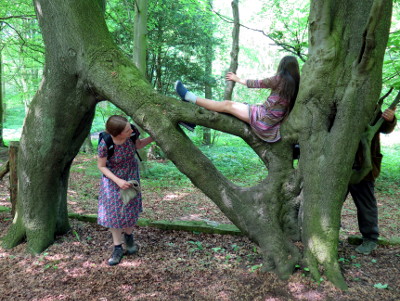 Along the way we came across a great example of two (or possibly three) trees, cross grafted as saplings. Someone had clearly tied them together tightly, possibly after removing a slice from each and lining up the cambial zones carefully so that they would heal and grow as one. That must have been decades ago and the result today is most striking.

On the whole, a fine day out and a great way to break our journey back to Cirencester from York.

One thought on “The Fly Line”

This site uses Akismet to reduce spam. Learn how your comment data is processed.